Congenital lymphedema is evident at birth, is more common in females, and accounts for about 20% of all cases of primary lymphedema. A subgroup of people with congenital lymphedema has a genetic inheritance (in medical genetics termed “familial sex-linked pattern”), which is termed Milroy disease. 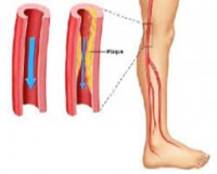 Secondary lymphedema develops when a normally-functioning lymphatic system is blocked or damaged. In the U.S., breast cancer surgery, particularly when combined with radiation treatment, is the most common cause. This results in one-sided (unilateral) lymphedema of the arm. Any type of surgical procedure that requires removal of regional lymph nodes or lymph vessels can potentially cause lymphedema. Surgical procedures that have been associated with lymphedema include vein stripping, lipectomy, burn scar excision, and peripheral vascular surgery.

Damage to lymph nodes and lymph vessels, leading to lymphedema, can also occur due to trauma, burns, radiation, infections, or compression or invasion of lymph nodes by tumors. Obesity, blood clots
Whatever the reason for the damage, it causes blockages to your lymphatic system, which is part of your immune system. These blockages prevent lymph fluid from draining well, and the buildup of fluid leads to swelling, which is often referred to as lymphedema.

Lymphedema is the swelling that generally occurs in one or both of a persons arms or legs however, it can also occur in other areas, such as the trunk or abdomen. The lymphatic system is a network of specialized vessels (lymph vessels) throughout the body whose purpose is to collect excess lymph fluid with proteins, lipids, and waste products from the tissues. This fluid is then carried to the lymph nodes, which filter waste products and contain infection-fighting cells called lymphocytes. The excess fluid in the lymph vessels is eventually returned to the bloodstream. When the lymph vessels are blocked or unable to carry lymph fluid away from the tissues, localized swelling (lymphedema) is the result.

The swelling caused by lymphedema ranges from mild (hardly noticeable) to evident changes in the size of your arm or leg. Often these changes can make it difficult to use your arm or legs and can lead to restricted mobility and limited daily functions.
Breast cancer treatment is the most common cause of lymphedema in the U.S. While there is no cure for lymphedema, compression treatments and physical therapy may help reduce the swelling and discomfort.
Mild lymphedema first may be noticed as a feeling of heaviness, tingling, tightness, warmth, or shooting pains in the affected extremity. These symptoms may be present before there is obvious swelling of an arm or leg. Other signs and symptoms of early or mild lymphedema include:

As lymphedema progresses to a more moderate to severe state, the swelling of the involved extremity becomes more pronounced. The other symptoms mentioned above also persist with moderate or severe lymphedema.